How to make bacon bits at home. You can use them on salads, or keep them on hand for quick bacon pizza bites as an after school snack. 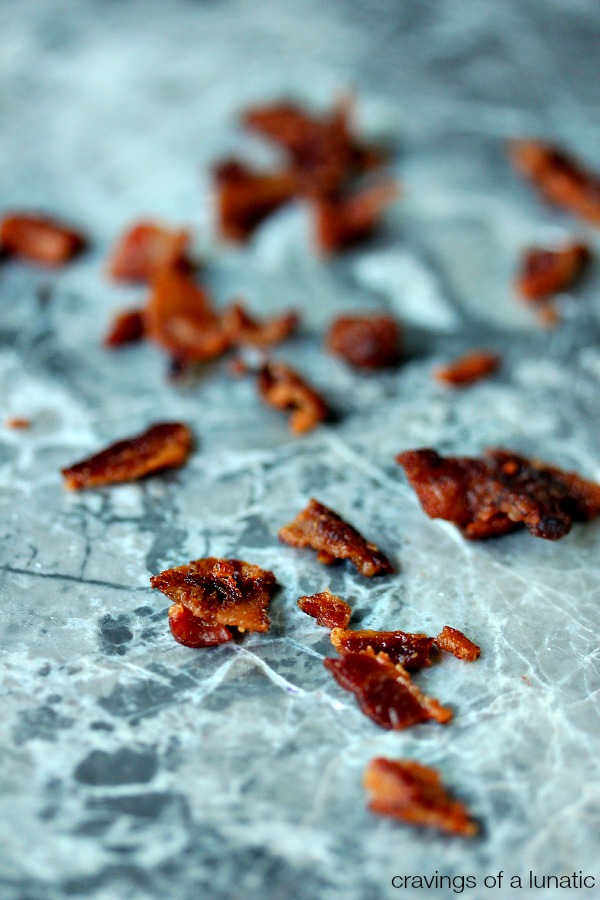 Okay, I’m going to be honest here. I mean why hold back. But I feel like everyone already knows how to make these.

Yet my friend told me she had no idea how to make them at home. Colour me surprised.

So I jumped up immediately and made some bacon.

Then smashed it to smithereens. I’m not going to lie. Making bacon bits is oodles of fun.

First you cook a pound of bacon. Then you break up whatever you didn’t eat. Then you can pop the bits in the fridge, the freezer or your mouth. Your call. No judgement here. 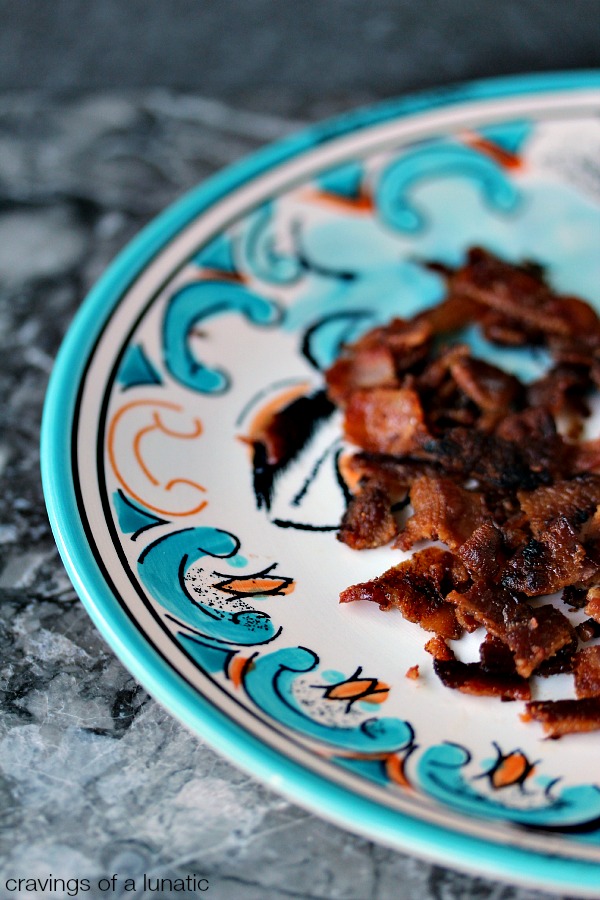 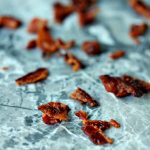 How to make bacon bits at home. You can use them on salads, or keep them on hand for quick bacon pizza bites as an after school snack.
Prep Time 5 minutes
Cook Time 15 minutes
Total Time 20 minutes

Recipe Source: Cravings of a Lunatic 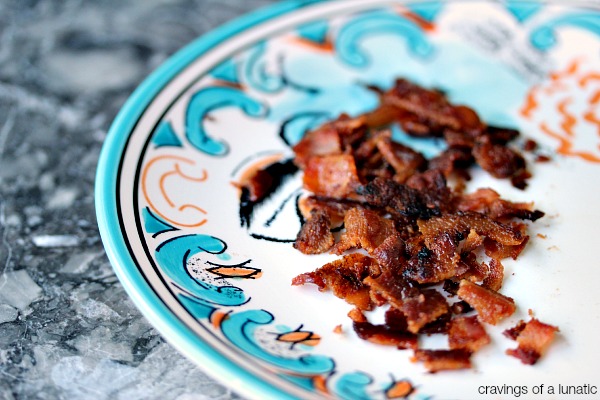 If you’re anything like me you always buy three times as much bacon as needed. I can never resist bacon. I think I ate my weight in bacon this month. I have a few home cured bacon recipes coming up on Kiss My Smoke soon too. I just haven’t gotten a chance to prep the posts. With my son in town I’ve dialled back work to spend time with the family. But stayed tuned because I’ve accumulated lots of bacon recipes I haven’t had time to edit. They will be coming at some point.

Speaking of the kiddos, they gave me a heart attack today. I was zipping off to a hair appointment because the hooligans were going to play paintball with friends. We’re always nervous letting our son drive as he has such horrible luck behind the wheel. We relented and let him take the van. Not 15 minutes we get a call. My daughter saying they were in an accident. Luckily everyone is okay, thank goodness. Some gal was not paying attention and rear-ended them. So today was stressful. They have to head down to the police station on Tuesday to file a report. Apparently the police were so overloaded today they were scheduling appointments for later in the week. Weird right. Luckily they fit B-Dude in since he leaves on Wednesday to head out west for school.