Pecans coated with sugar and cinnamon, then toasted in the oven to perfection. Eat your fill, but don’t look at the flowers.

Welcome to Day One of Dead Eats 2: Recipes Inspired by The Walking Dead. This event is being held by myself, Dionne of Try Anything Once, and Heather of All Roads Lead to the Kitchen.

Recipes for Day One:

There’s a giveaway for One Complete Set of The Walking Dead DVD’s so be sure to scroll to the bottom of the post to enter for your chance to win!

If you follow my blog you know I’m completely obsessed with The Walking Dead. Like COMPLETELY OBSESSED! I’ve watched the series 20 times now. I know, it’s not something I should be proud of. Yet somehow I am.

I didn’t start watching when it first came out. You could say I’m late bloomer when it comes to my Walking Dead obsession. I think it was about 2 years ago when my daughter convinced me to try watching it.

I’m going to be honest here. It’s sort of what I do, quite frankly. Honesty is my jam. Anyhow, I’m going to admit here that I didn’t dig it initially. Are you curious why I didn’t like it at first glimpse?

Okay, okay, don’t beg. I’ll tell you. I’m also known to over-share so spilling my secrets is par for the course on the blog. Okay, so the reason I didn’t dig it was the horse scene. You know the one.

I was watching it with my daughter and I was thinking to myself “okay, this is interesting”. I got through the little girl scene, you know the one. The little girl in bunny slippers and bathrobe who picks up the stuffed animal.

That scene threw me, it was brutal and in your face. I powered through and kept watching. I watched Rick go through all the emotions upon discovering the fate of the world. I loved it, it drew me in and hooked me.

Then Ricks meets a horse. I have horses so I was thinking to myself “oh, cool, horses will be useful if there was ever a zombie apocalypse”. Then the scene that blew my mind happened. I was horrified.

I refused to watch it any more. This went on for a short time. My daughter kept telling me to give it another chance. I asked if any more horses showed up in the apocalypse. She said not yet, but there’s a pig scene.

Against my better judgement I dove back into the show. Then bam, enter Daryl Dixon. Life over. I am now obsessed with The Walking Dead. It’s always on the TV. I work from home so it’s on a loop at our house while I work.

I’d love to say I watch it for all these deep reasons, but that would be a lie. Sure I love the “what if” aspect of the show. I’m always questioning whether I could do the things they have do. But I’m a wimp. So probably not.

So if it’s not the deep stuff that brings me back again and again, then what does? Again, Daryl Dixon! Plain and simple. I adore that dirty, bow shooting redneck. I can’t help myself. He’s the biggest reason I watch.

I also watch for Carol. I adore her journey on the show. She’s gone from being a mouse whose scared of everything to this super human badass. She makes the tough choices no one else can make.

For me I identify with Carol the most of all the characters. While I’m not as much of a badass as Carol, I’d like to think I could survive tough situations. I’ve certainly survived worse things than walkers.

My favourite episode of all time is The Grove. It ripped me apart. That episode is gut wrenching and horrifying to watch. You go through the full spectrum of emotions while you watch. It pulls at your heart strings.

During the episode I was on pins and needles, squirming in my seat. I could not believe my eyes. I think I even cried. That’s saying something because I’m not the crying type. This episode would make a rock cry.

Now I can see the humour in all the memes that episode has inspired. Hell, I’ll even partake in it now. However, at the time I watched it I could never have imagined any humour coming from it. It was just too gut wrenching.

Little did I know, or did any of us know, that “look at the flowers” would become part of pop culture. It’s inspired so many memes, so many jokes and any reason to utter those famous words. Just look at the flowers, it gives me shivers! 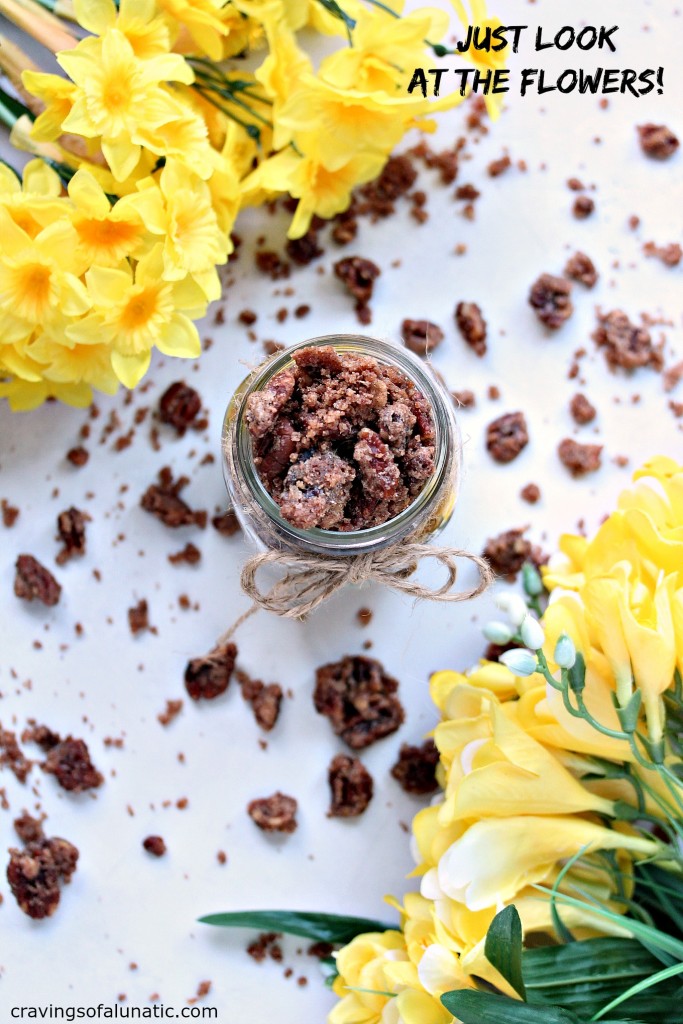 They are SO good, that perfect mix of sweet with salty. Even Daryl would approve of these. Mr. Reedus, if you’re reading this, call me! I’ll make you a batch. Or ten. 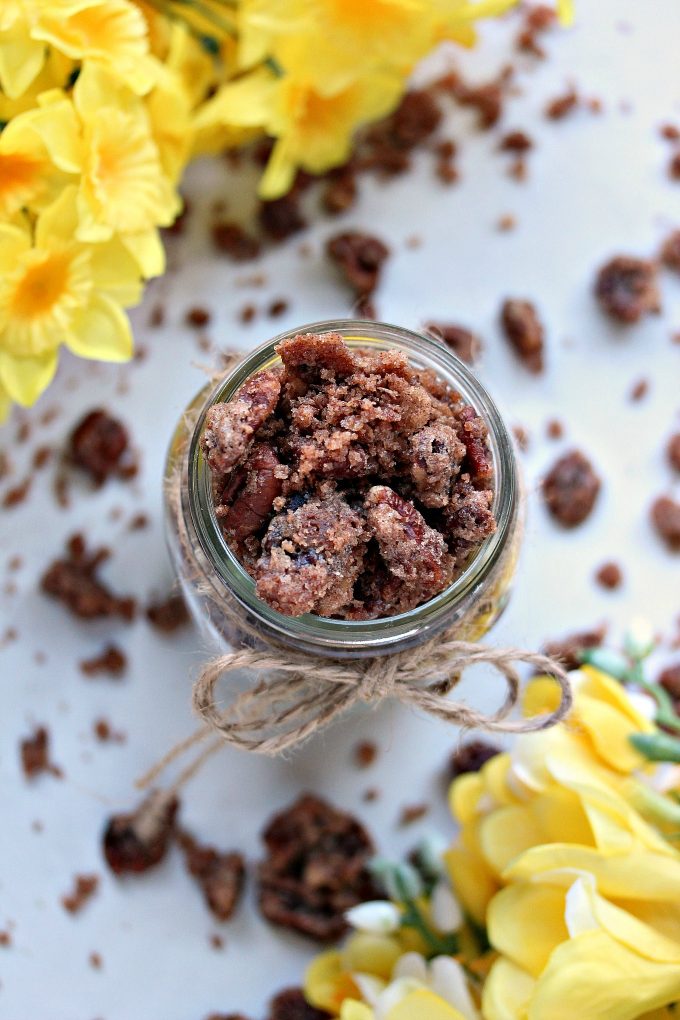 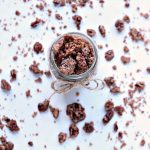 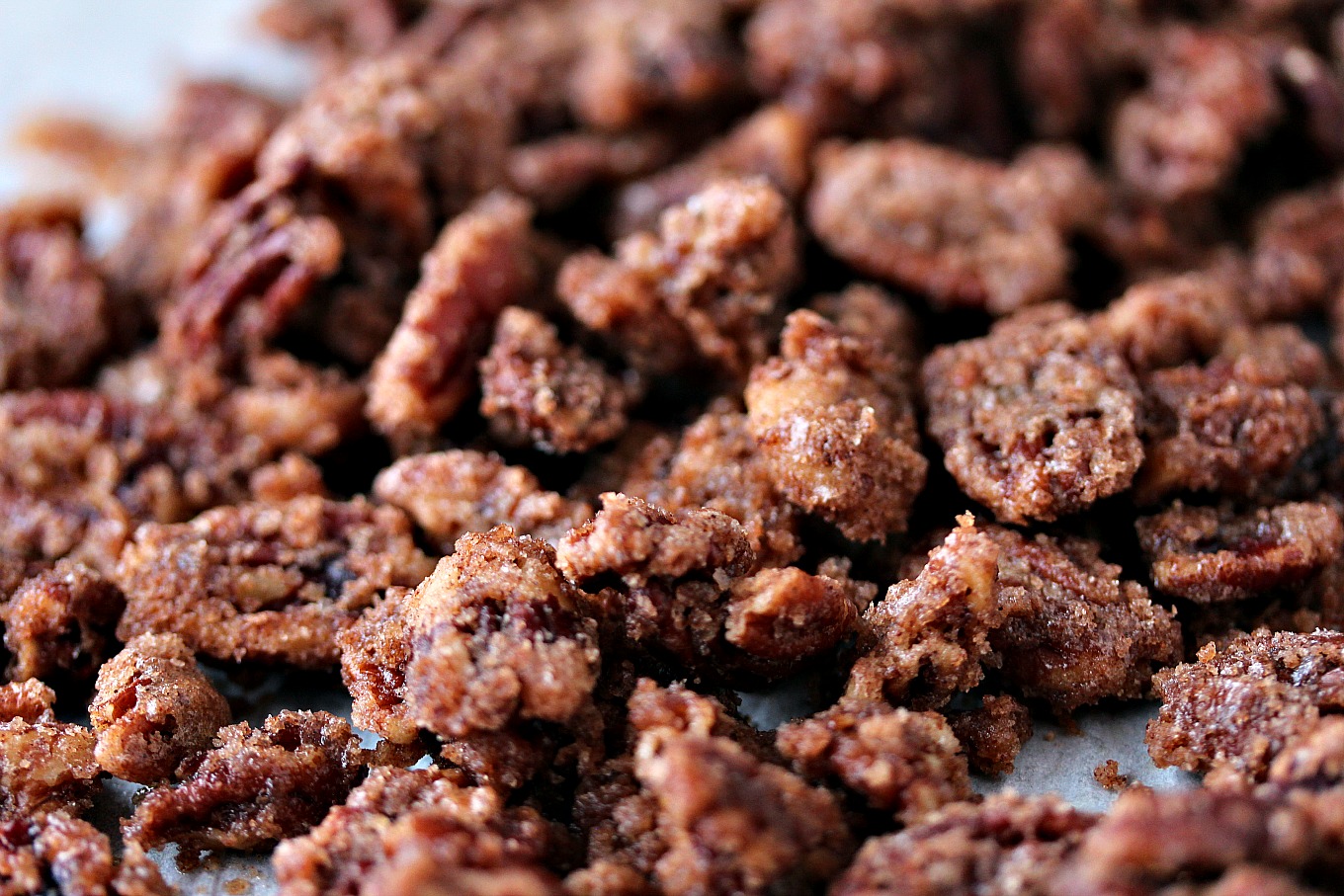 I can’t even tell you how addicted to these cinnamon pecans I am. I need help! Send Daryl. 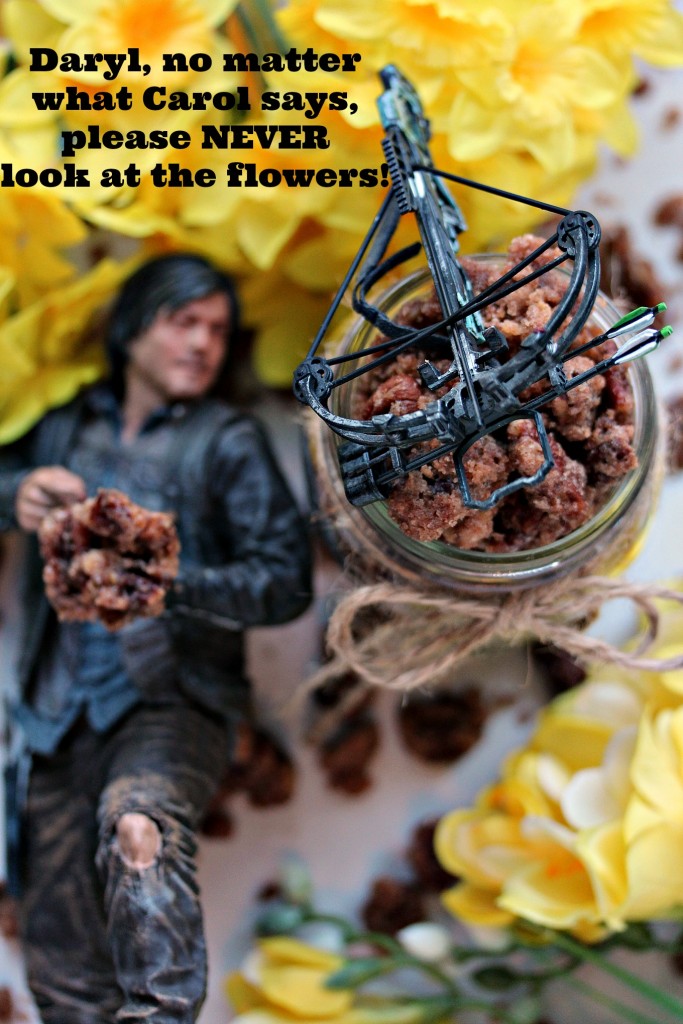 Too far? I’m not even sorry. Daryl shares all my Walking Dead recipes with me. 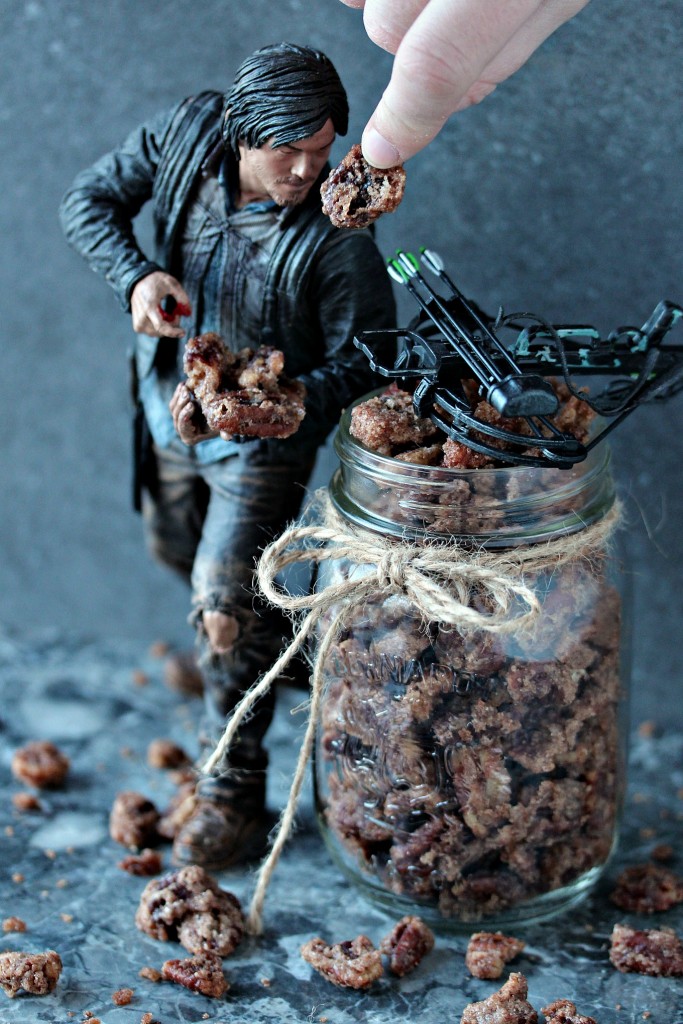 No one can resist these cinnamon pecans, or my walking dead inspired recipes. 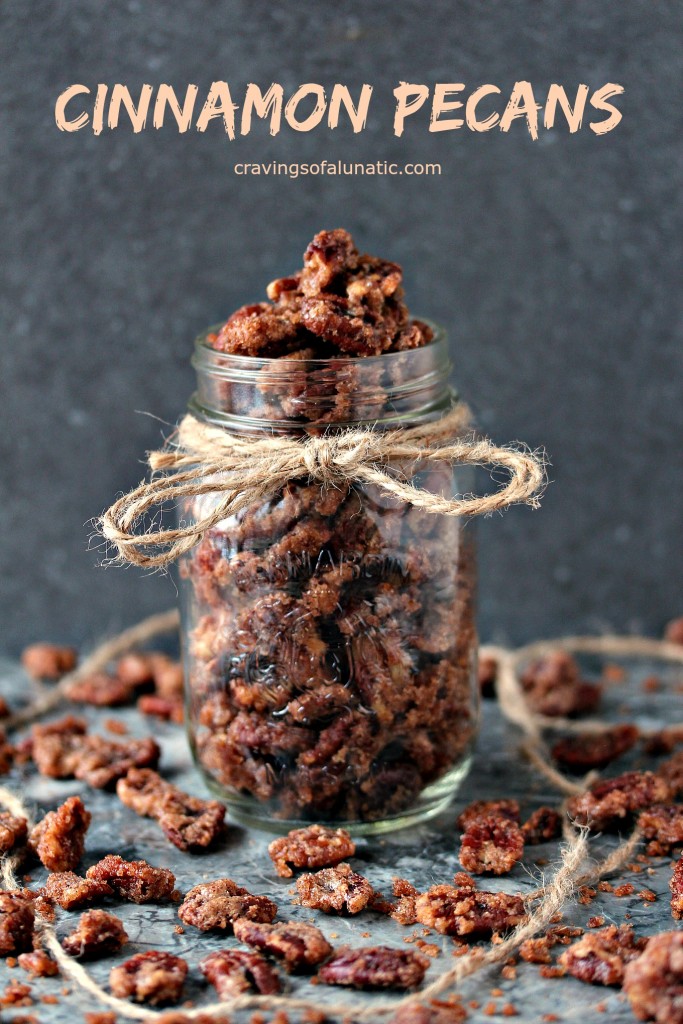 Open to U.S. and Canada. Must be 18 years of age, or older. Enter for your chance to win One Complete Set of The Walking Dead DVD’s, Season 1 -5. 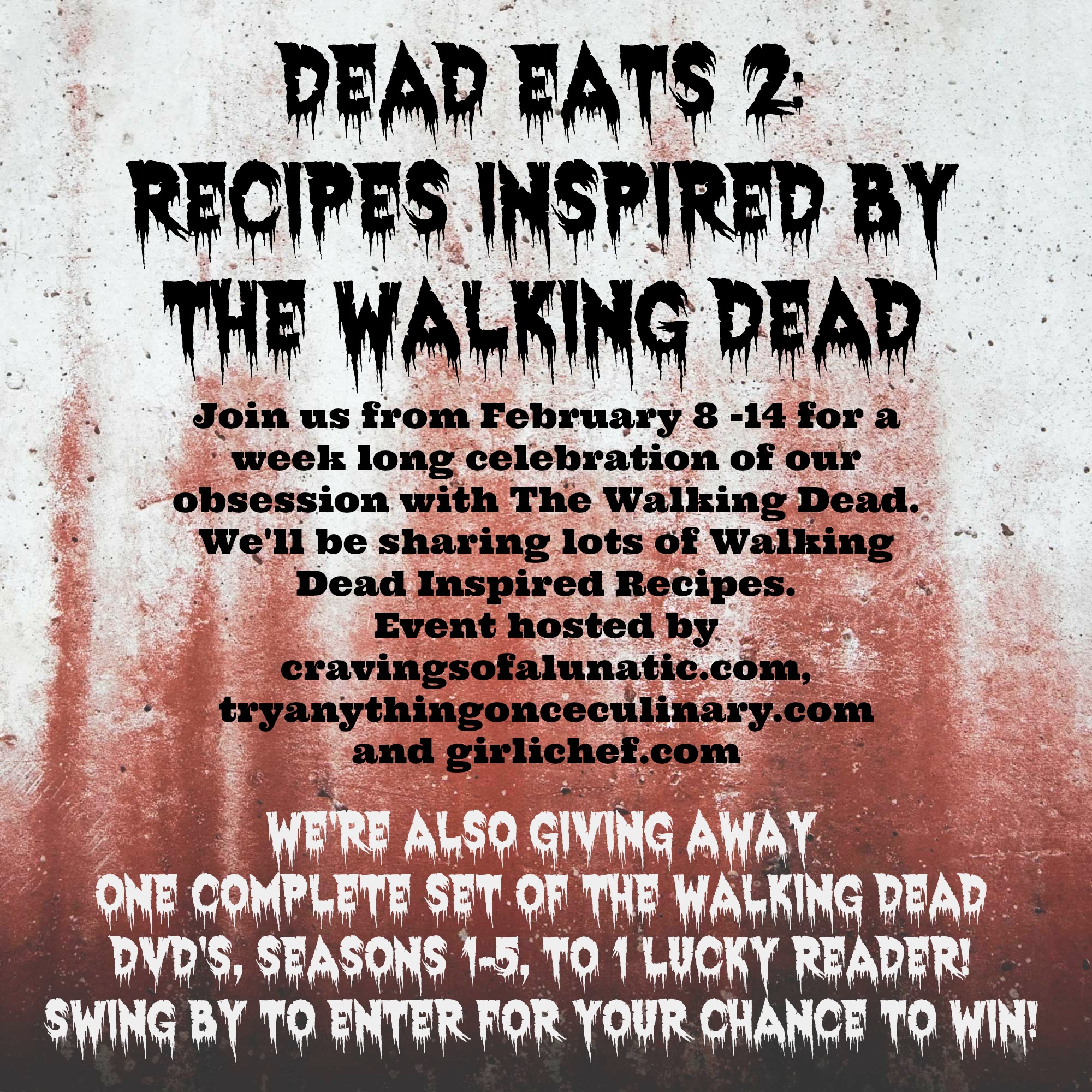 Looking for more Walking Dead Inspired Recipes? Check these out: 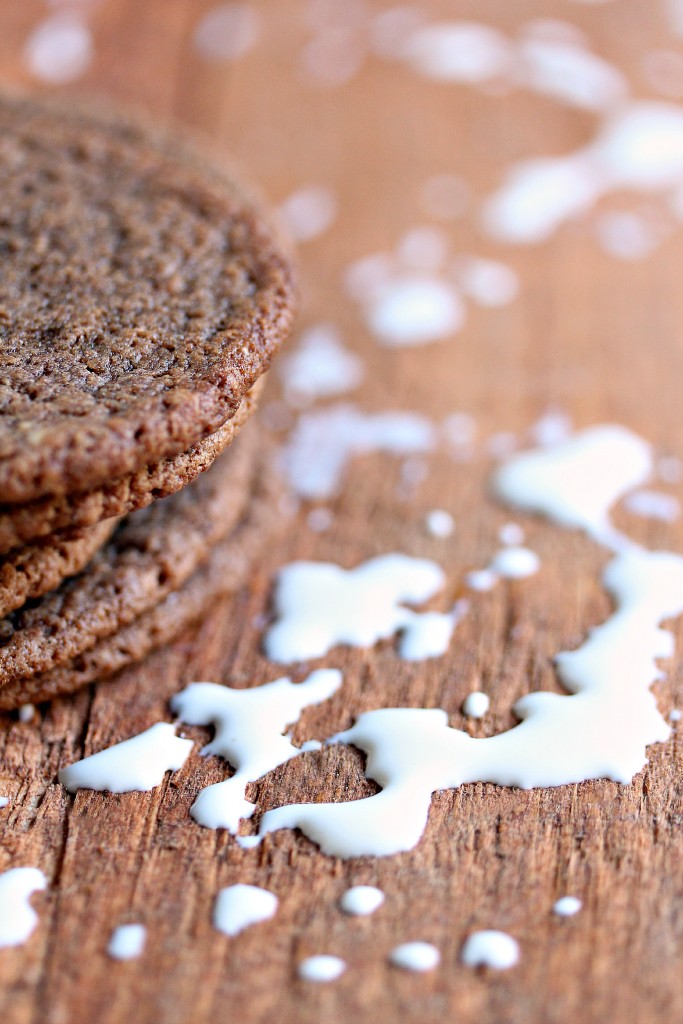 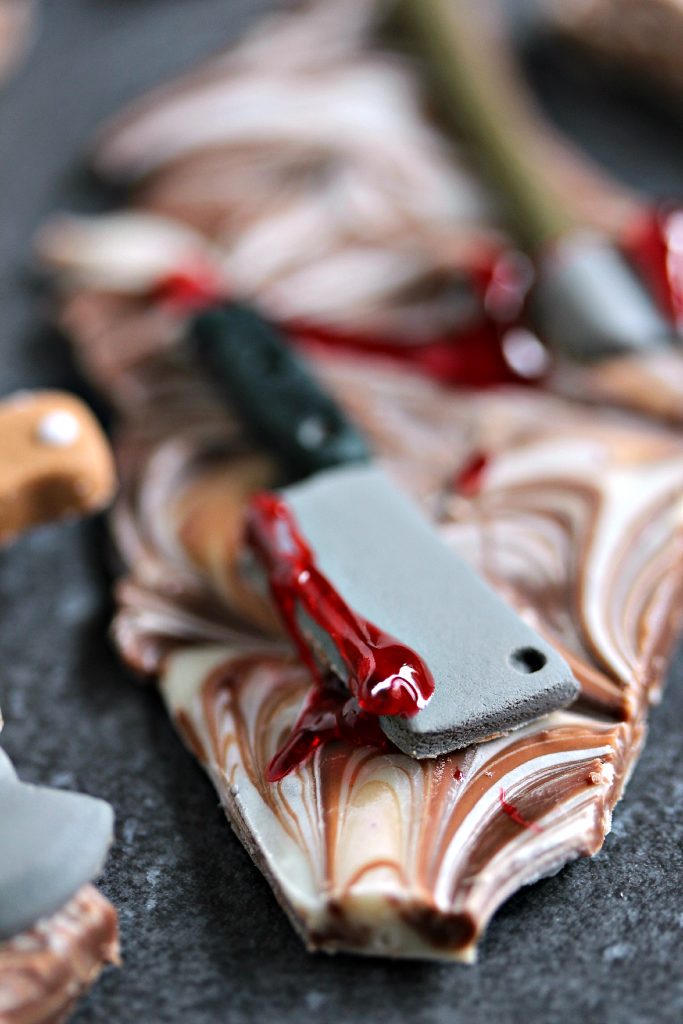 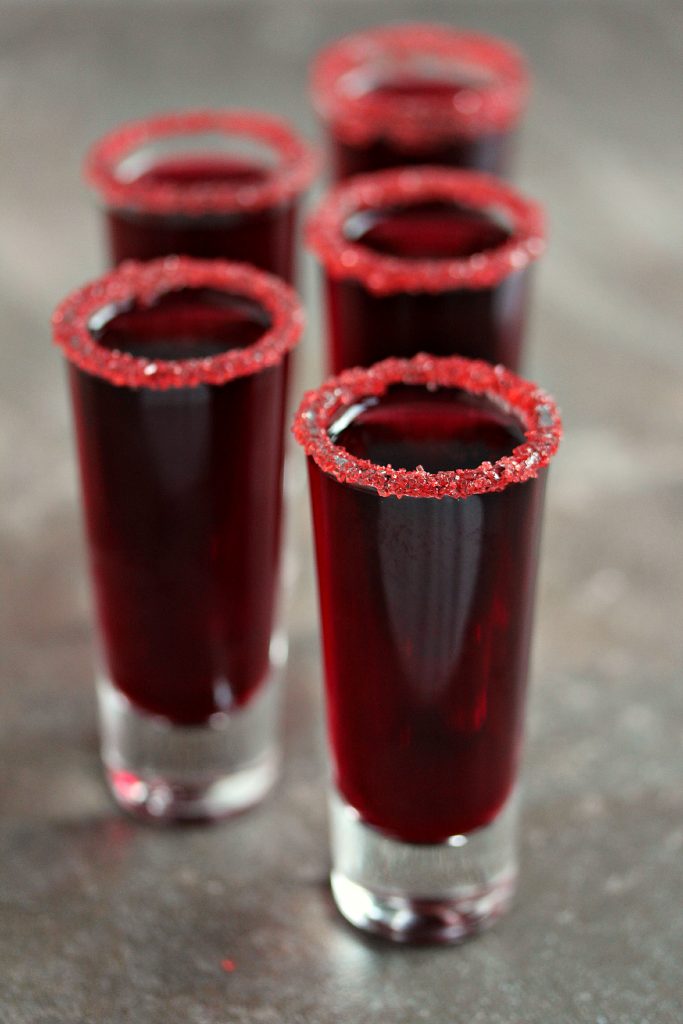 Tune in all week for more great recipes inspired by The Walking Dead. Share with your TWD loving friends. We have tons of Walking Dead Inspired Recipes to share so you can throw your next Walking Dead Party in style!