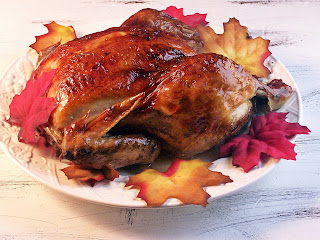 Sarah from Simply Cooked was our November Daring Cooks’ hostess and she challenged us to create something truly unique in both taste and technique! We learned how to cook using tea with recipes from Tea Cookbook by Tonia George and The New Tea Book by Sara Perry.


Okay so while I was tempted to mix the tea with pepsi I refrained. I know I have issues. Moving on. I am not a tea drinker so I rooted through a care package my sister had sent me. Luckily I scored some cool teas. She had sent me a bunch to try as I had bought a couple of real cool teapots when mini-me went through a short tea phase. I lucked out and found some fun teas. I had a hard time narrowing down what I wanted to use. The possibilities were endless. I could make so many things. So I did. I made two. Yup, like I said...issues.


First I made this: 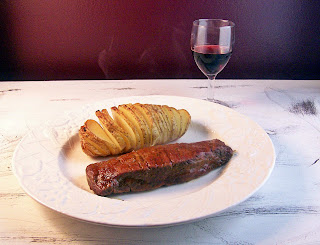 Then later I made this: 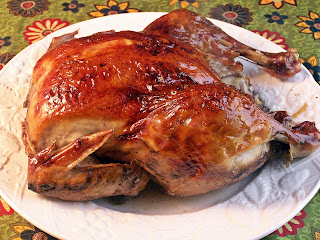 
So the steak I used Organic Darjeeling White Tea.


And for the chicken I used Organic Earl Grey.


Then I took a tea infused nap.


Okay so truth be told I didn't make them both the same day. I mean seriously I am not THAT crazy. Close but not quite there. Yet. I was going to make a third as I've been dying to try tea packets in the BBQ but it's freezing cold here so I quieted the voices in my head and stopped at two recipes.


1 roasting chicken
1 earl grey tea pouch (is it called a pouch, I'm not clear on what to call it, perhaps a bag)
Water
Onion
Garlic
Salt


Make up a pot of earl grey tea. Let it cool a bit.


Stuff the onion and garlic inside the chicken cavity.


Toss some salt over it.


Now add the tea to the dutch oven.


Cover and place in a 375 degree oven and ignore for about an hour.


Uncover and baste. Cover again and ignore for about another hour.


Uncover and baste again. Cover and ignore for about 30 minutes.


Pull the garlic and onion out of the cavity.


Let stand for a little bit. (the bird, not the onion and garlic- you can discard those)


Tips and hints- My chicken was a huge arsey chicken so when doing yours plan for about 30 minutes per pound.


I know people say not to cover them but seriously buy a good dutch oven and you never need to pay attention to a chicken or roast again.


You could go all crazy and add all kinds of stuff but WHY! 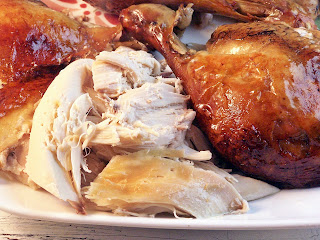 And just to be kind find a nice way to cover the private areas. Both head and butt if possible. It's just good manners! 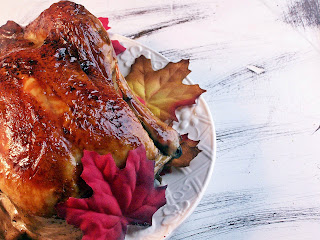 
Cut your flank steak into pieces. How ever many works for you.


Now marinate your steak in tea for about an hour.


Now turn your broiler on in your oven.


Place your steaks on the broiler pan.


Stick it in your oven and watch the magic happen.


Broil each side for about 6 to 8 minutes.


Remove and place on a plate. Let stand for about 5 minutes.


Tips and hints- You can marinate longer if you like. Or you can not marinate at all. Just dunk and cook.


You can do this on the BBQ, it was too cold here.


If it's too plain brush some BBQ sauce on it. We did just to jazz it up a bit.


Adjust your cooking time depending on how you like your steak done. Less time for rare. More time for well done. 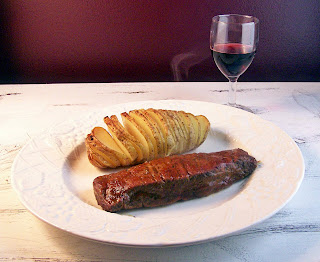 You can use the leftovers for this: 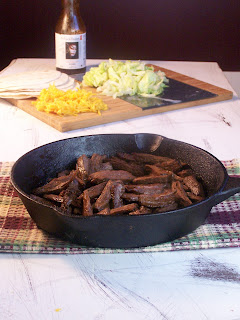 Yup, I have issues. Stay tuned for the fajita recipe this weekend.