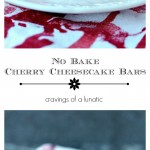 These easy no bake cherry cheesecake bars are sure to be a hit with family and friends. Whip up a batch or two today! 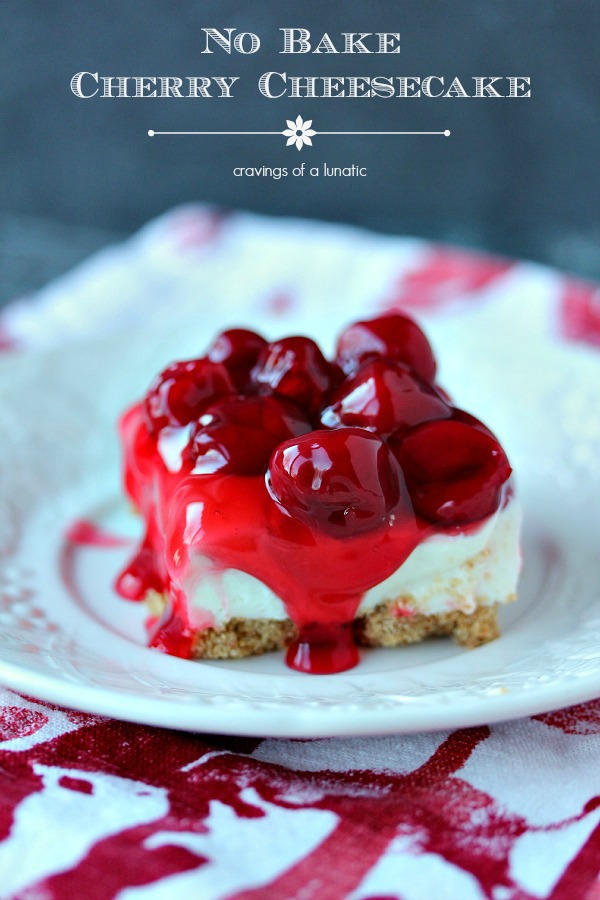 Honestly, I'm a sucker for cherry flavoured desserts. Especially cherry cheesecake. It's one of my favourite things in the whole wide world.

I can never get enough of it. To be honest, if it was socially acceptable to each it for lunch every day I totally would.

There is just something about cheesecake that just brings on "the happy". It's hard to be in a bad mood while eating cheesecake.

I mean, think about that. Have you ever seen a person scowl while eating cheesecake? It will never happen.

One of my hooligans does not like cheesecake. I am really starting to question whether she was switched at birth or something.

Honestly, she's the only member of the family who is not a fan of cheesecake. She might actually be the one person in the world who hates cheesecake.

We have tried to get her on board the cheesecake train. Repeatedly. She just won't do it.

It bums me out because I make a ton of cheesecake so I feel like I'm leaving her out when I make it. Usually, I'll make her a similar dessert with whipped cream. She loves that stuff.

She keeps telling me it's the smell of it. According to her it smells like something from work.

The hooligan works in produce at our local grocery store. They make a taco dip with cream cheese and she just hates the smell of it. So, she just cannot bring herself to eat cheesecake. Such a big, old bummer.

How to Make No Bake Cherry Cheesecake Bars:

How to Store Cheesecake:

Place the cheesecake in an airtight container before storing. This cheesecake can be stored in the refrigerator for up to 3 days.

Yes, you can freeze this no bake cheesecake. Store in an airtight container in the freezer for up to 2 months. 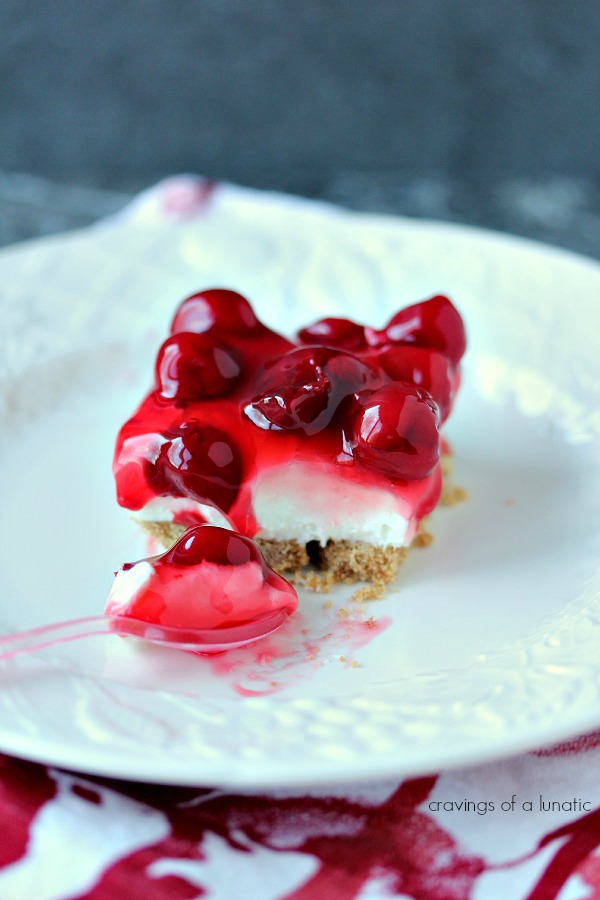 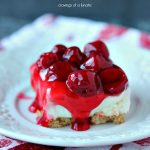 Recipe can be doubled and prepared in a 9 x 13 inch dish instead.  You can substitute 1 cup of prepared whipped cream (like cool whip) if you prefer not to whip your own. 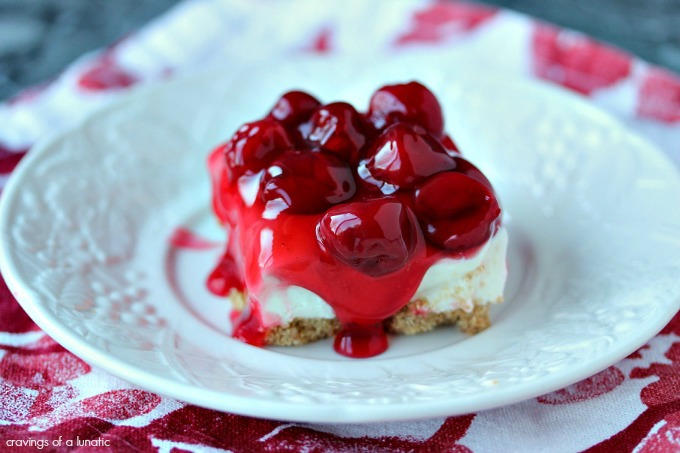 Thanks for visiting today!

Check out my recipe index for more amazing recipes. You can find more dessert recipes and tons of snack recipes.

You should also follow me on Instagram. It’s a great way to stay up to date on all the latest and greatest blog recipes.