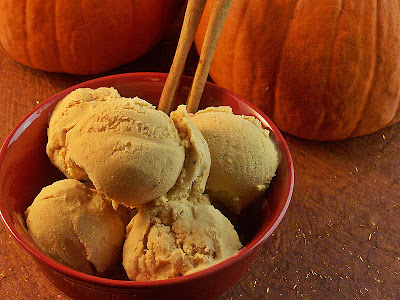 Hi folks. I have to make this ICE CREAM SUNDAYS snappy. Things to do, places to go, people to see. You know me, I’m a mover and shaker. *falls down laughing* 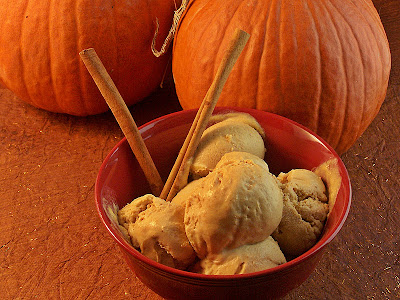 Ah, but seriously I do have to make this a quickie. Love and leave them. That’s my motto. *grabs her side from laughing so hard* 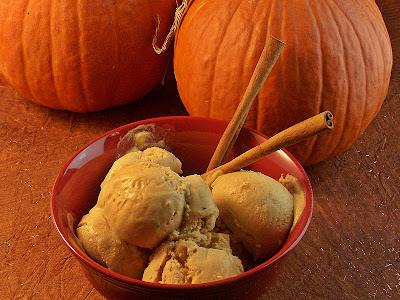 Okay, okay in all seriousness now. I really do need to hurry up and get rocking n rolling. You know me, party animal. *grabs a paper bag cuz I’m hyperventilating from laughter* 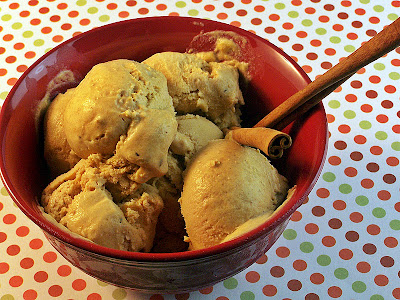 Alrighty roo folks, enough silliness. Let’s get on with this show. 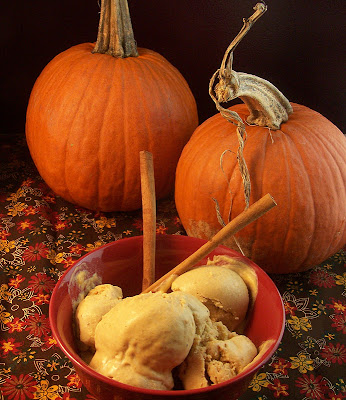 So I made some pumpkin ice cream. Here’s the kicker. I don’t like pumpkin. At all. Not even a little bit. Not even if I hold my nose and try to eat it. Yah, that’s right. I, your Lunatic, your bestie, your trusted friend, HATE pumpkin. There I said it. It’s out there. *waits for the angry mob* 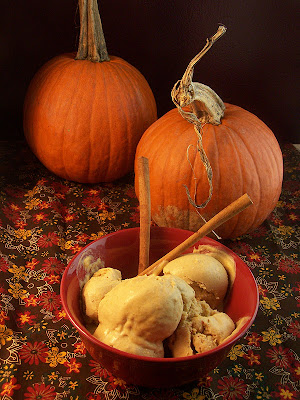 *grabs a pepsi, NOT COKE, while she waits* 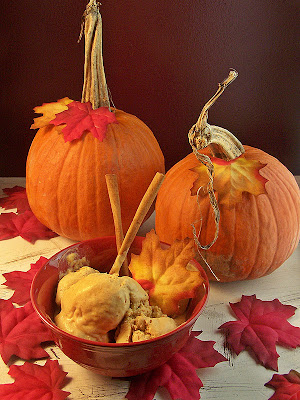 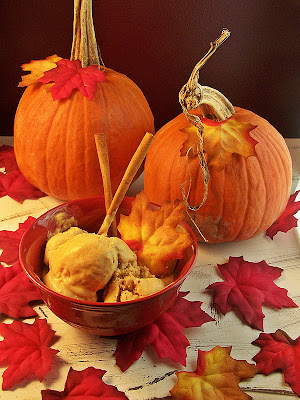 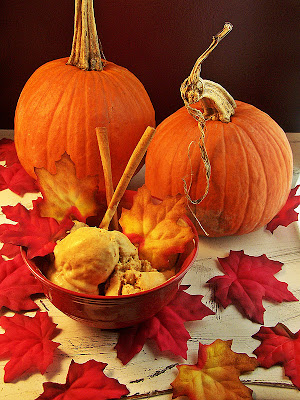 *waits quietly again while drinking her pepsi, NOT COKE, while the rest of the group gets up to speed* 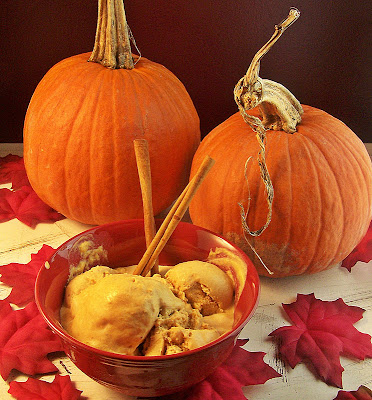 Okay moving on now. Here’s a quick recap for those who now have a migraine. 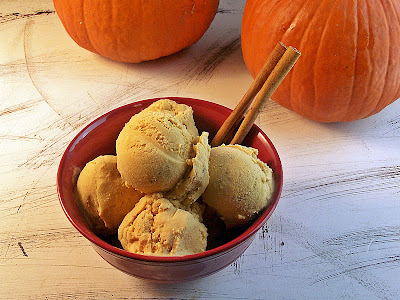 
With a mixer whisk together the whole milk, dark brown sugar, and vanilla salt until sugar dissolves.

Now add the rest of the ingredients and mix for a couple minutes more on medium speed.

Cover and stick in the fridge for 1 to 2 hours.

Remove and transfer to your ice cream maker freezer bowl. *this must be frozen before using*

You can serve immediately or stick in the freezer until ready to serve. Keep in mind you should take it out of freezer about 10 to 15 minutes before you want to eat it. 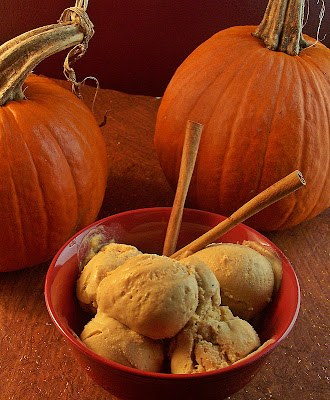 I actually did taste it and I wasn’t horrified. Pumpkin is tolerable. I still don’t LOVE it. But hey, it’s progress right. B tasted it and gave it a “eaten in 3 seconds flat” rating. Which is a very high rating. Hubs has yet to try it. He’s at work. And he chuffed me off today so he may not get any anyway. 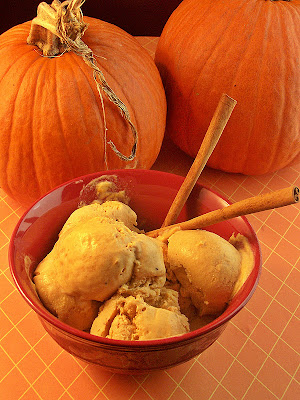 See that’s what happens when you chuff me off. No ice cream for you! 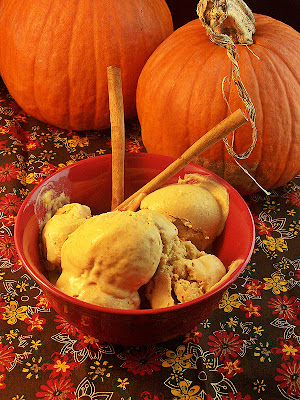 Oh who am I kidding, he’ll still get a bowl. But it won’t be this big bowl. It’ll be a eeny weeny little teeny bowl. And no cinnamon stick. Only non chuffers get those.

Alrighty roo folks. I am outta here, later alligator, in awhile crocodile. I am not posting other links this week due to:

We’ll see what kind of mood I’m in next week and go from there. It’s any one’s guess at this point. Later folks, even you non-pepsi, coke drinking crazies.