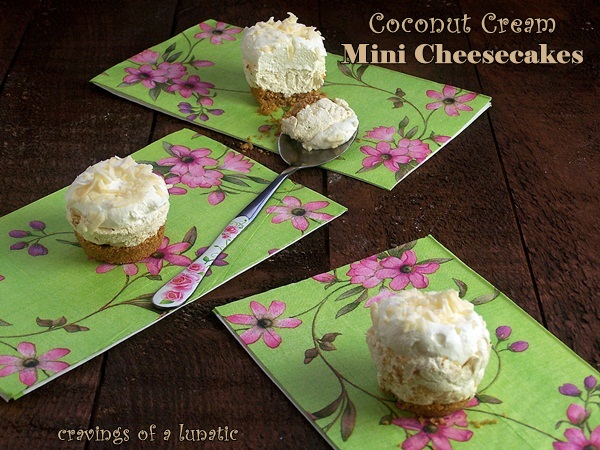 So today is reveal day for our Burwell Vintage Recipe Swap. Christianna from Burwell General Store runs this group and once a month we makeover a vintage recipe from an old cookbook. I really enjoy this group so much. It is so much fun to see how different people interpret the recipe and change it. Everyone puts their own spin on it which leads to some unique recipes. It's a joy to be involved with these people.

They make me push my boundaries each month. This month I did not reach too far as I've been sick. So I went for a simple recipe I knew I could handle making while not feeling that well. I think they are sheer perfection. I opted to do them bite sized which was inspired by my guest poster this week. Kristina from Whipped had made Very Berry Cheesecake Pie Bites for me and I just loved the idea of little tiny cheesecakes. So it inspired me to do them in mini muffin tins instead of popping it in a jar like I would normally do. I think they turned out great and love how cute they are. 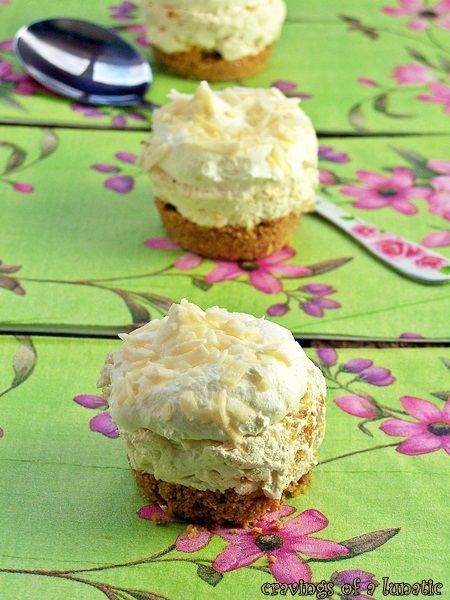 This month we were given a vintage recipe for mint pie. I thought initially of doing some type of popsicle with mint in it. Then I figured that was too much of a departure from the recipe. I considered doing an ice cream sandwich with mint ice cream inside. Then I got the flu and laid around all weekend. So today I got off my sick butt and whipped this into a coconut cream pie of sorts. It had to be easy though as I am still not 100% yet. It became a no bake recipe and I was good to go. Nothing I like more than an excuse to make cheesecake. The original recipe below seemed a bit off with its steps so I did not want to tackle trying to stay true to this one. 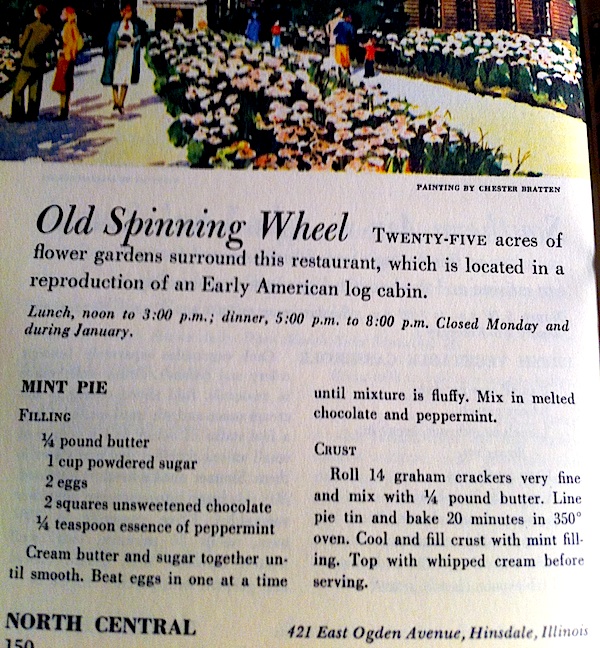 See what I mean. I find the idea of raw eggs in it odd. So I just avoided it altogether by going my usual no bake route. It's a good route to take. An easy route. A tasty route. You should take it too and whip up some mini cheesecakes. Like right now. 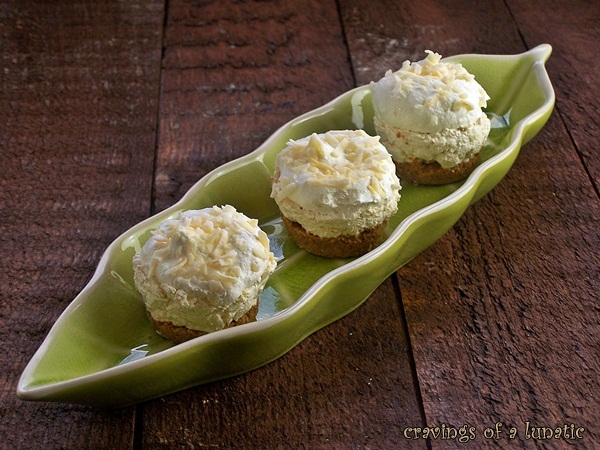 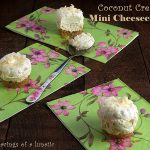 For the Cheesecake Filling:

Inspired from Old Spinning Wheel's Mint Pie I used mini tins but also normal tins so the yield is questionable. This made 24 mini’s for me plus 6 full size muffin ones. Just so you can gauge yours. I used a honey dipper for tamping down the crust. If you use the big end it’s perfect for pressing your crusts into tins and jars. When smoothing out your cheesecake into pans, spray a spoon with non stick spray. Makes smoothing things out easy peasy. 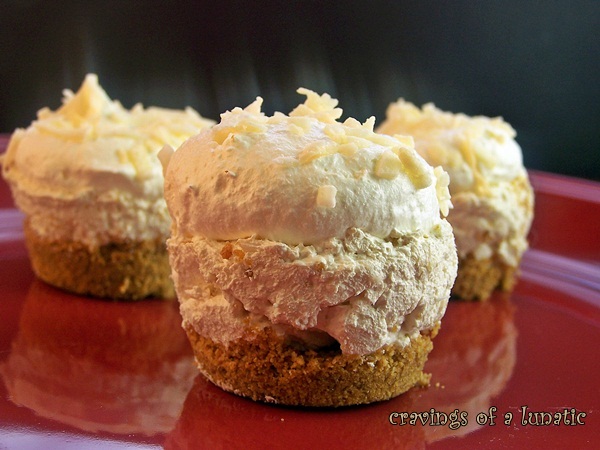 So good. I suggest eating them on a plate with a spoon instead of trying to eat one right after another standing by the fridge trying to act like you're not eating them all. You'll get overly excited trying to hide your shenanigans from your family and you will press too hard and explode one all over the floor. I'm not saying this happened but it most certainly could if you're not careful. Just looking out for you! 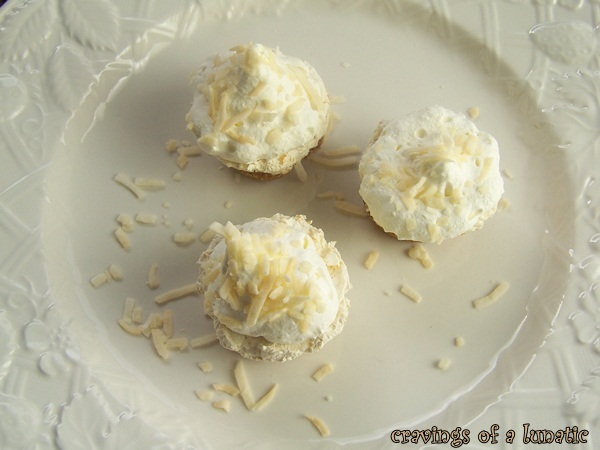 Okay so before I go I wanted to let you know we have a family of ducks living in our backyard. I may have to call the wildlife rescue as it's wrecking havoc with our puppy. She is now being forced to go out front on a leash and is not a happy camper. But necessary to keep her from killing the little babies. They've been here two days now. The mom hears me BBQ and brings them up to the patio to say hello. It's quite cute. We put out some water in tubs so they are now happy as can be out there. For tonight I thought I'd share some photos of them with you. The water ones I'll share tomorrow. These are just them hanging out. Enjoy! 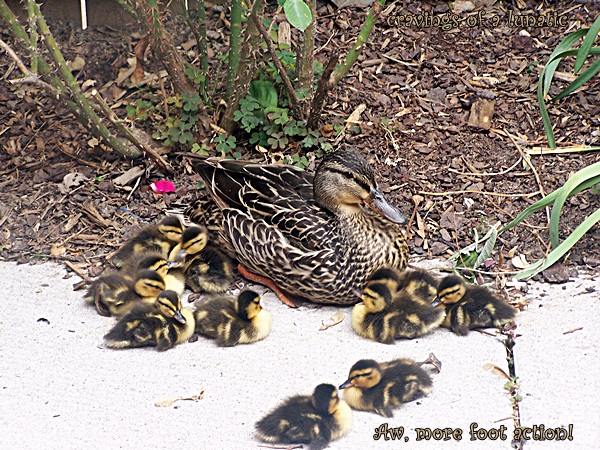 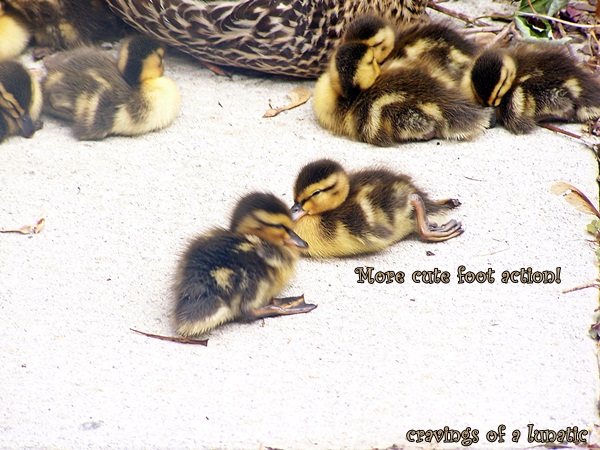 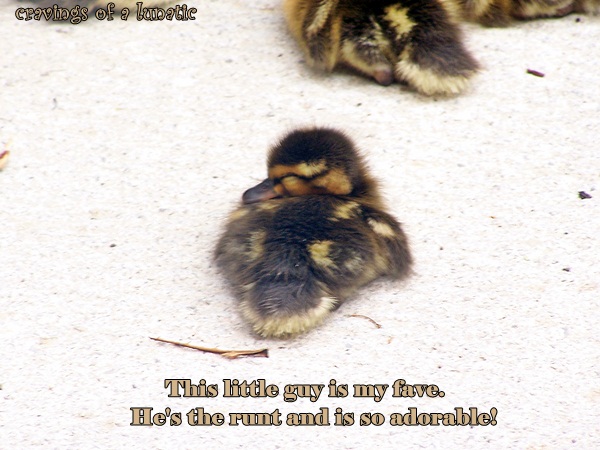 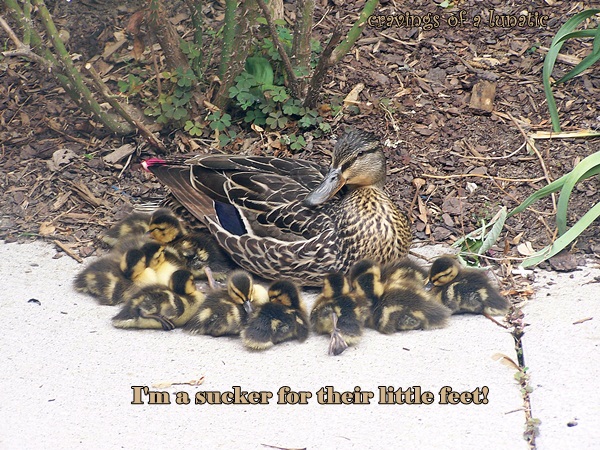 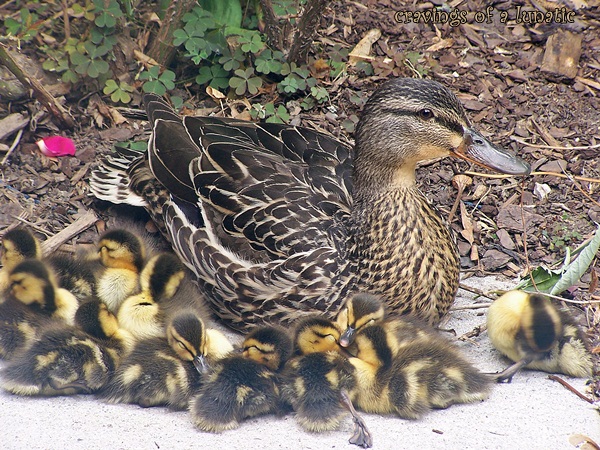 Too cute for words right! I am in love with these little guys already. I'd keep them forever if I could. They are so adorable running around our yard and chirping away. They chase ants and swim in little tubs. I just can't spend enough time outside with them right now. I have fallen for the runt big time. He's so cute.

Okay on another note you are going to be bombarded with posts for 24 hours. I apologize. This one was partly poor planning on my part and partly out of my control due to some groups I belong to. So there will be a guest post going up soon. Then tomorrow is SRC. I usually like to do one every 24 hours with a couple of days off a week. But they are all killer good stuff so hopefully you will forgive me. You knows I loves ya.

Also there is a problem with my blog right now so if you see missing photos do not panic. They shall return and I'll explain it all tomorrow. Word of caution - DO NOT DELETE ALBUMS ON GOOGLE PLUS!!!

Be sure to visit the other swappers folks!