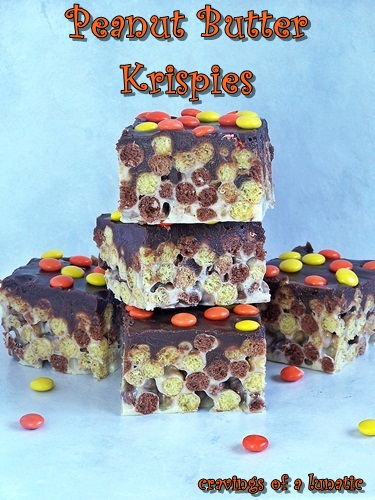 You did not think I was finished whipping up cereal treats did you?

And you thought I was a lunatic! 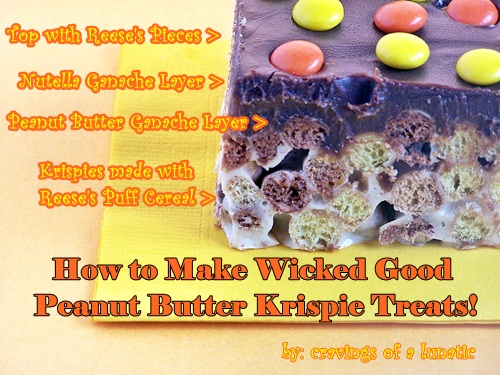 This may actually convince you I’m certifiable. But it’s all good. Cuz I’ll pack up a bunch of these to take with me to the Lunie Bin. After all I made enough for an army. A smallish army though. In fact I made these for the James army, or gang as they like to be known. They’re a good size army. An army of 8 to be exact. When I found out our friends were blowing into town from B.C. I knew I wanted to have them over for dinner. My bestie and her hubs have 6 kids so of course I thought I had to cook like the Tasmanian devil. I made a roasting pan size lasagna, a dutch oven full of penne (sans meat just in case any kids did not like meat), enough salad for a small town, and then I just cut up some baguettes. For dessert I made a chocolate icebox pie. Then I made a double batch of krispies. Not just any krispies. Peanut Butter Krispies. I worked my butt off getting things ready. But they weren’t late like I was anticipating. She’s usually really, really, really, really…I could go on all day…late. Somehow they showed up semi on time. So I never got to finish these. I knew I had to snap photos of them. So I set them aside. For oh, about 3 days or so. Then I remembered I had them. But my friend and her army had already headed out on the next leg of their journey. So I’m left with a ginormous batch of krispies. It’s okay though. I like a good challenge. Plus they’ll keep me occupied for the first day or two when you all commit me. 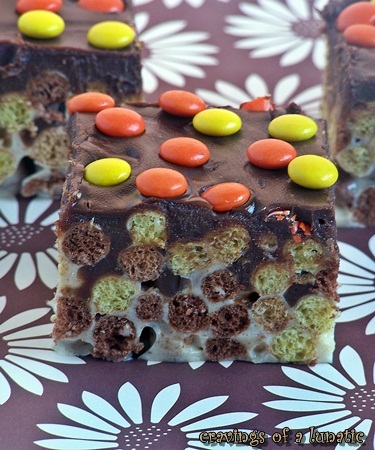 We had a fab time with our friends while they were here. My bestie grew up here. Then her folks moved her away in grade 5 if memory serves me. It was the first time a friend had ever moved that far away. Somehow we’ve managed to always stay in touch over the years. She visits here more than we visit there. She still has family in the area so they come down every few years to see them. We always squeeze in as much time as we can together. It’s one of those friendships that’s just easy. We don’t see each other for years and we just pick up where we left off. No awkwardness or weirdness. She’s a bit sarcastic and snarky like me so we have tons of laughs while she’s here. It always makes me wish we lived closer. I’m hoping they swing by again as they pass back through on their way home. They did that last time they visited. I promised her hubs more lasagna and ice cream if he brings her back for a few days. I’ve spent the past day thinking how her, and my sis who’s also in B.C., tend to come here way more than we go there. So I’m going to do some budgeting for a trip out west again next summer. We haven’t driven out there in about 8 years. We are going to Calgary this year but we have a really limited time frame to drive out and get B-Dude set up and get back for mini-me to start school. So I can’t fit in a side trip to B.C this time. I figure next summer we’ll go out to Calgary to see B-Dude, then carry on to B.C. to see my friend, and then go see my sis. I think it would be tons of fun. I also figure we should plan ahead. Gives me lots of time to save up enough moolah. Trips like that sure aren’t cheap. 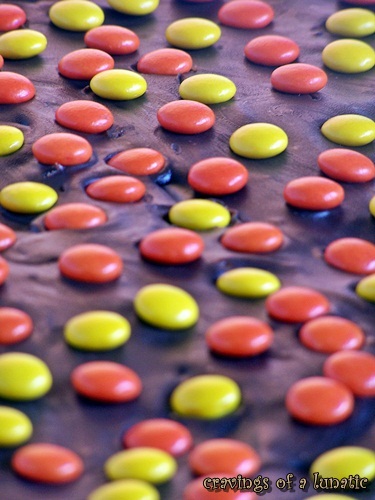 Okay so now that I’ve rambled on and on and on, I should probably give you the recipe for these little beauties. I got a bit carried away with the ganache. Feel free to use only one if you like. I suppose not everyone is as over the top as me. I think you all should be but I’m willing to understand there can only be so many of us “special” people in the world. Not that you’re not special. Cuz you totally are. I’m just more special.

*Honestly it’s amazing any of you are still reading at this point!* 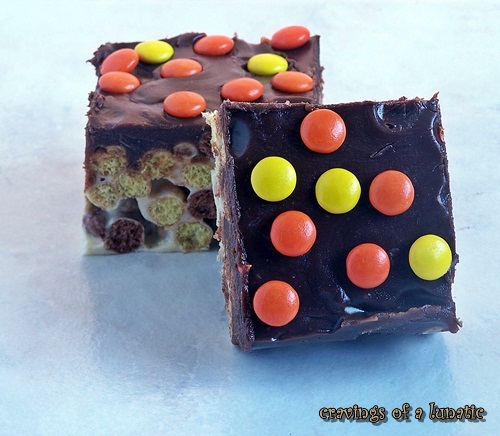 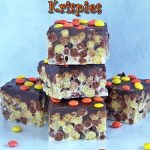 Ganache Recipe from Buttercream Blondie I had kids coming over so I went spastic on the marshmallows. Personally I like mine less marshmallowy but it’s all about finding your own marshmallow happiness threshold. You decide how many marshmallows gets you to your happy place! Non stick spray is your best friend while making these. Spray everything with it. The pan, the bowls, the spoons, your hands, the pets…. whatever walks by and gets a whack of spray as they pass through. Yes you can do this with ANY cereal! 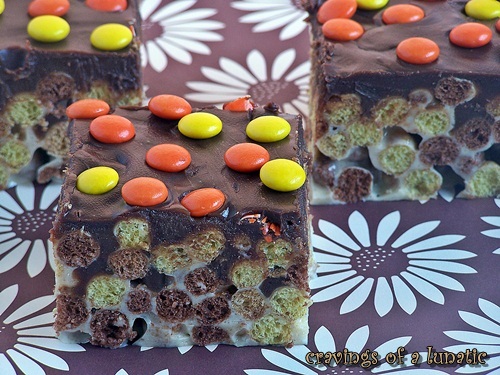 I used the ganache recipe I used from Buttercream Blondie to make these as a jump off point here. I had to make a batch for the eskimo pies so I just made 3 separate batches and did the recipes at the same time. These types of frostings are fun to make. You can switch out ingredients or add different extracts to them for added flavour and fun. Just experiment. You cannot go wrong with ganache or frosting recipes. There’s no such thing as bad frosting/ganache in my book. 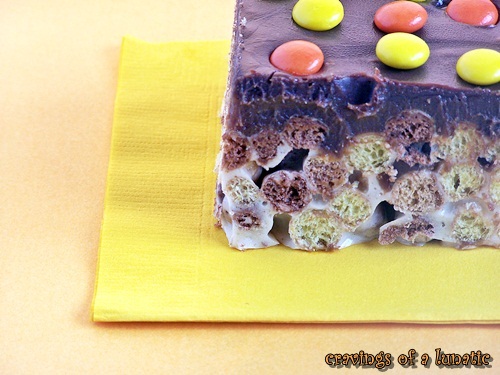 Like I said before feel free to half the recipe. It makes two huge 9 x 13 batches of krispies so unless you have guests or you’re a sumo wrestler this is probably too big for you. No judging though. I love Sumo dudes. Also keep in mind you can do a batch sans ganache for those picky eaters in your household. You know the one. We all have one of them in our household. And they annoy the holy bejesus out of those of us who cook. No judging though. I love my picky eater. Not mentioning names. *cough* mini-me *cough* 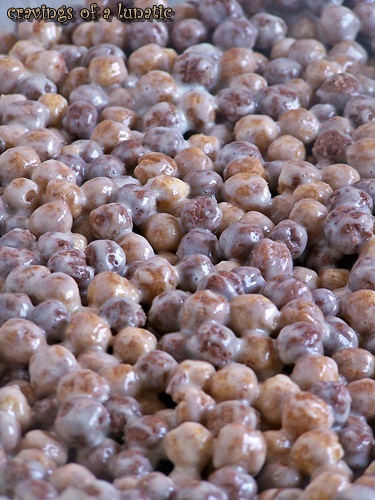 See just as pretty. Okay so not really. But let’s just pretend as to not make those picky eaters *cough* mini-me *cough* feel bad. They deserve treats too. Maybe not as much as the rest of us. But a little right. 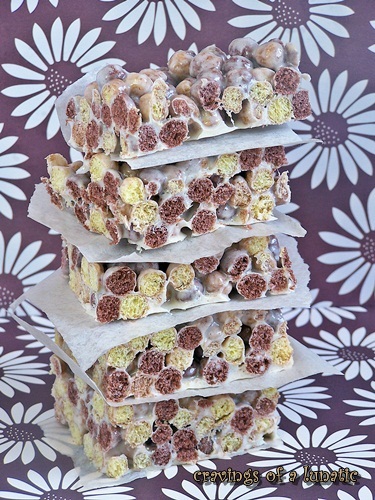 Okay so set forth, make these and feed your army today. They will love you for this one. Or like you. Or be mad at you for publicly calling them picky. But it’s all good. I’ll send the (ugly) plain ones with miss picky pants tomorrow to feed boytoy’s family. They have a small army too. Army of 6. Well technically navy of 6. Boytoy is a navy reserve dude, he is off for training soon. Mini-me is going to miss him. I will too but will do my best to keep her distracted while he’s gone. I’ll toss in some pretty ones for boytoy’s mom too. She is the solo chick in the household so I figure she deserves some pretty chick food now and again. 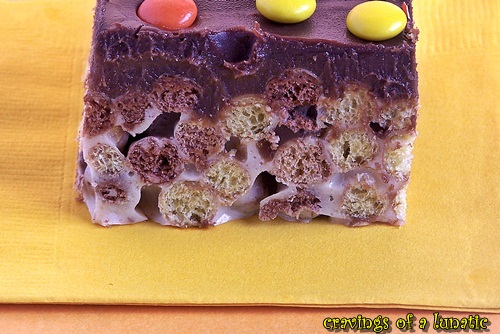 Okay so now that you all know I’m certifiable, like to ramble and share WAY too many photos, I’ll set you free to go make these. No oven required. And let’s just say in this heat that’s a mighty fine claim to peanut butter fame!

1.2Kshares
« Windsor Farmers’ Market and Art at the Marina Trips for Farm Fresh Fridays
Lunie and Mini-me’s Grilled Pizza | Give a Girl a Grill »