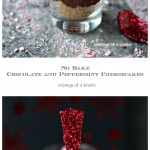 These No Bake Chocolate Peppermint Cheesecakes are easy to make and are perfect for the holidays! 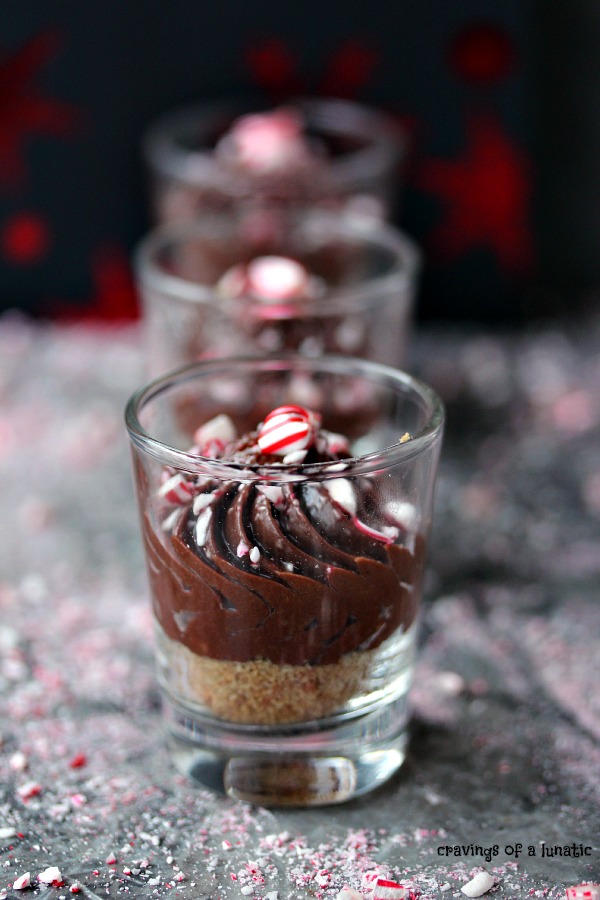 Today I have the distinct pleasure of guest posting for a friend of mine. My buddy Brianne of Cupcakes and Kale Chips has recently embarked on a new adventure.

Her hubby landed a fabulous new job so they picked up and moved. Quite an endeavour with young kids, and so close to the holidays. So huge congrats, and hats off to Brianne and her family. So happy for them!

You can hop on over to Brianne's blog to get the recipe for these No Bake Chocolate and Peppermint Cheesecakes! Or stick around to listen to me ramble on, as per usual.

So, when I pondered all the recipe possibilities for holiday baking I knew peppermint flavoured treats were going to be at the top of my list. I love peppermints, so Christmas is the perfect time to #peppermintallthethings!

I get so carried away using them. They just take me to my happy place.

There's something about peppermints and candy canes that just make a gal smile. It's hard to be in a bad mood while eating a candy cane. Seriously. Not even kidding.

Have you ever seen a photo of someone who is angry eating a candy cane? Nope. Told you so!

Since cheesecake is also high on my list of priorities I knew combining peppermint with cheesecake would push me from happy to elated in a flash. I was right too.

After munching on these peppermint cheesecakes I was singing and dancing around the house. Much to the horror, and amusement, of my family.

There were lots of inappropriate jokes and silliness involved in the making of these cheesecakes. As there should be when making any cheesecake quite frankly.

So, cheesecakes were made, jokes were attempted, singing was poorly attempted, dancing was ruined by bad rhythm, and fun was had by all. It's how things roll at the Beaulieu compound. Food and fun go hand in hand.

Make sure you head over to Brianne's blog to get the recipe for these No Bake Chocolate and Peppermint Cheesecakes. Brianne put together a fabulous event for the holidays. Since she's going to be super de duper busy with the new digs she has her blogging peeps helping her out by guest posting. 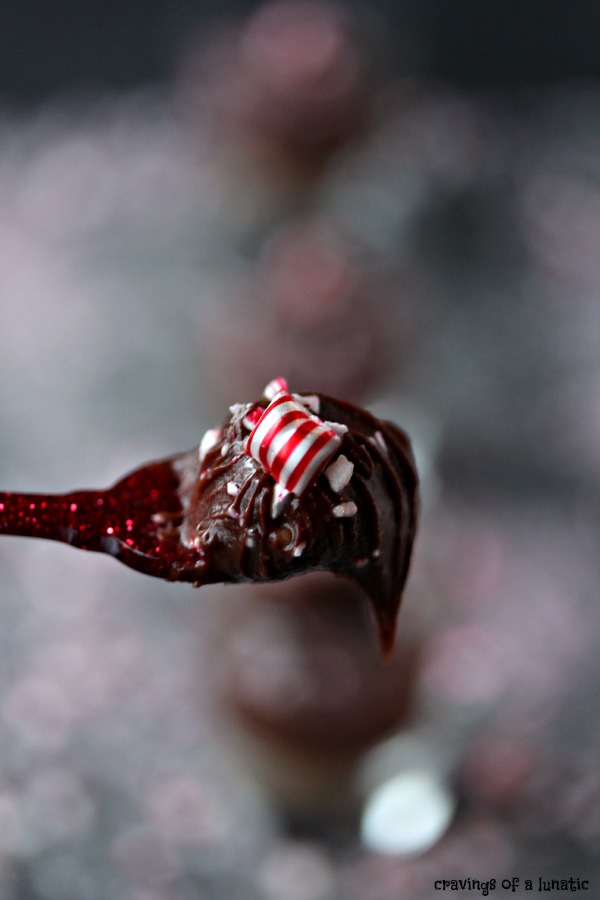 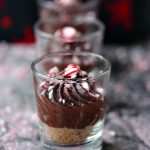 No Bake Chocolate and Peppermint Cheesecakes

Vanilla extract can be substituted for the peppermint extract.  This can also be made with coconut instead of peppermint. Really yummy! 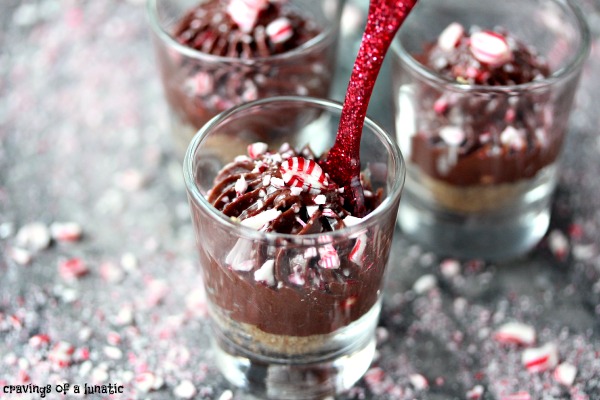