Simple and delicious saffron ice cream recipe. This is a no egg recipe. 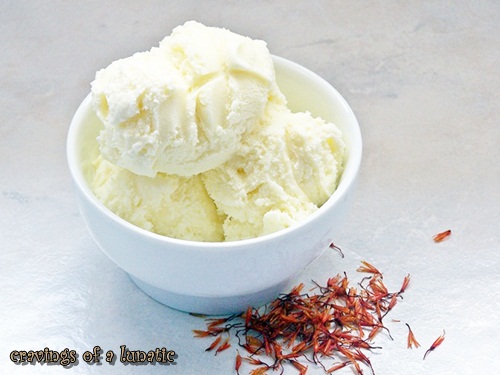 Hope everyone is enjoying their weekend. Oscar night is fast approaching. Do you all have plans? Anyone having an Oscar party? I plan on strapping on a ball gown and just walking around the house thanking everyone all night long. I might even go out and thank some of the neighbours. A girl’s gotta be gracious right!

I love a good award show but seriously there must be one on every single weekend. I don’t see us normal folk having Mommy Award Season or Construction Worker Award Night. Just seems so odd how often Hollywood wants to pat themselves on the back. Isn’t the bags and bags of money enough for these people? Okay so I say to the Actress or Actor of the year, if you really are grateful and mean it from the bottom of your heart that this award is gratitude enough for you doing your job, then you should send me the bags and bags of money to prove it. We’ll see who’s thankful a week later after paying off my mortgage, paying my kids tuitions and paying off my bills. Heck I might even have enough left for an epic run to Sephora. A girl’s gotta look good right!

In all seriousness, I will watch cuz let’s face it I am a girlie girl. I love me some fancy clothes and seeing everyone all dolled up. I really could care less who wins or loses. I just want to see some actress who gets 20 million a movie trip walking up to the podium, I’m not gonna lie. That’s why I watch. Nothing says we’re all equal like tripping, spitting while you laugh, being caught saying mean things when the camera pans to you and forgetting to thank your spouse while the music cuts you off and you now realize you’re sleeping on the couch for a week. These are the things I live for. A girl’s gotta have goals right!

So as I sit watching the festivities I plan on eating this. In reality I will be sitting on the couch in jammies, hair in ponytail, with a blankie, dog on my lap, while eating this ice cream and quite likely eating a pound or two of pistachios. I cannot tell a lie, I’ll probably down a gallon of pepsi too. A girl’s gotta indulge right! 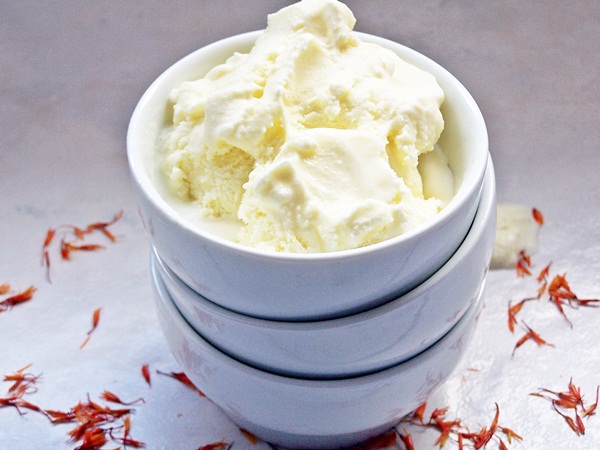 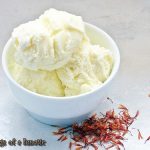 Print Pin
4.91 from 10 votes
Servings 10
Author Cravings of a Lunatic 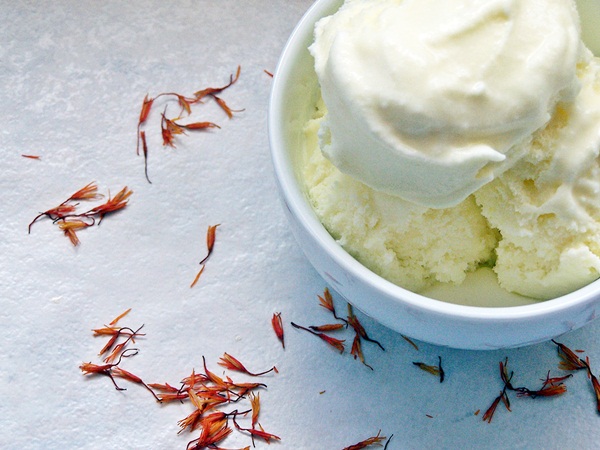 I have to say this is one of the best ice creams I have done. It’s just a spin on Cuisinart’s Vanilla Ice Cream but I’ve used my Vanilla Sugar and Vanilla Salt to make it pop. It really goes nicely with the saffron. It’s one of the plainest looking ice creams I’ve ever done but for sure one the top 10. So the Oscar goes to the Lunatic’s Saffron Ice Cream. “I’d like to thank all the folks who make this possible. Now please have Hollywood send me bags and bags of money”. A girl’s gotta dream right! 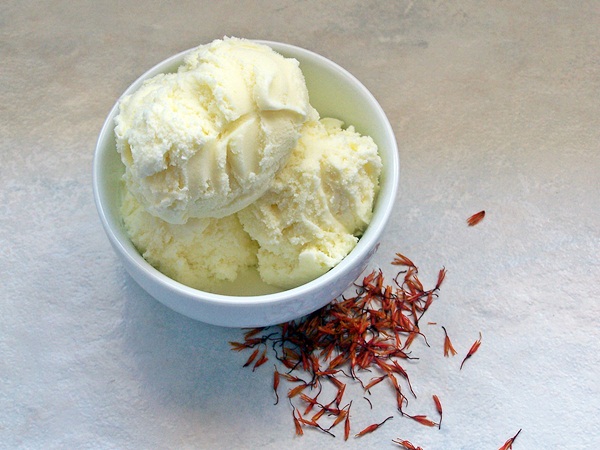 232 shares
« French Chouquettes with Jill Colonna from Mad About Macarons
Apple Pie and a new series! »